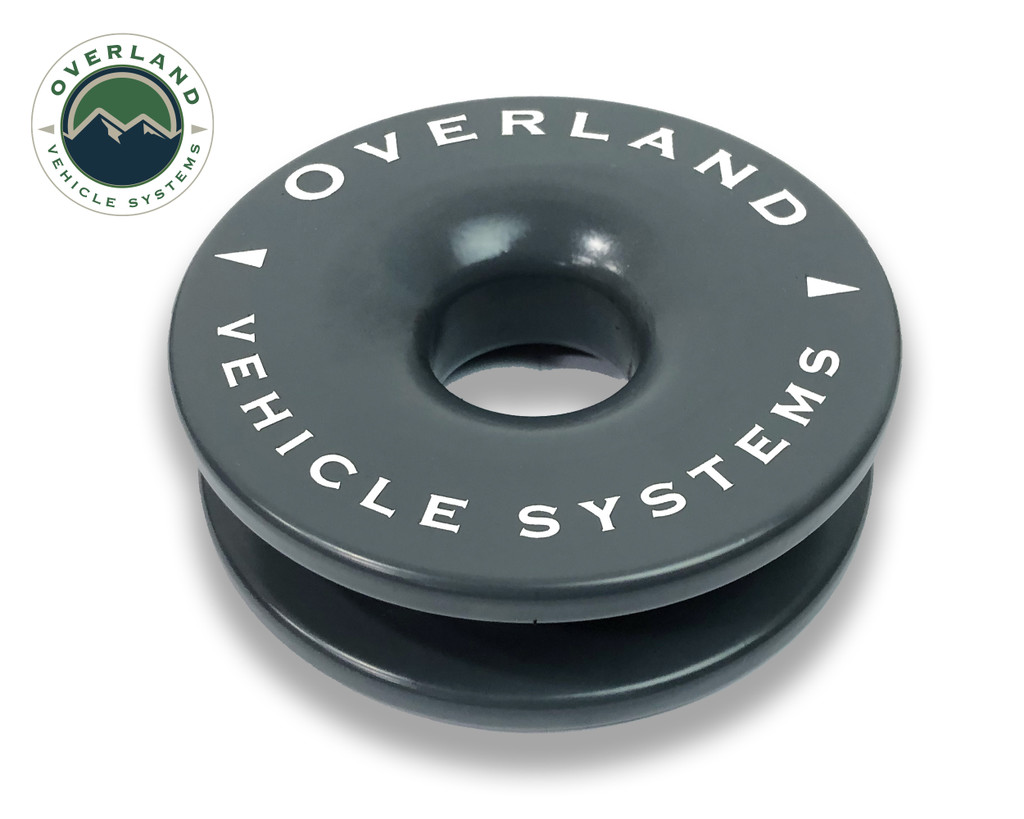 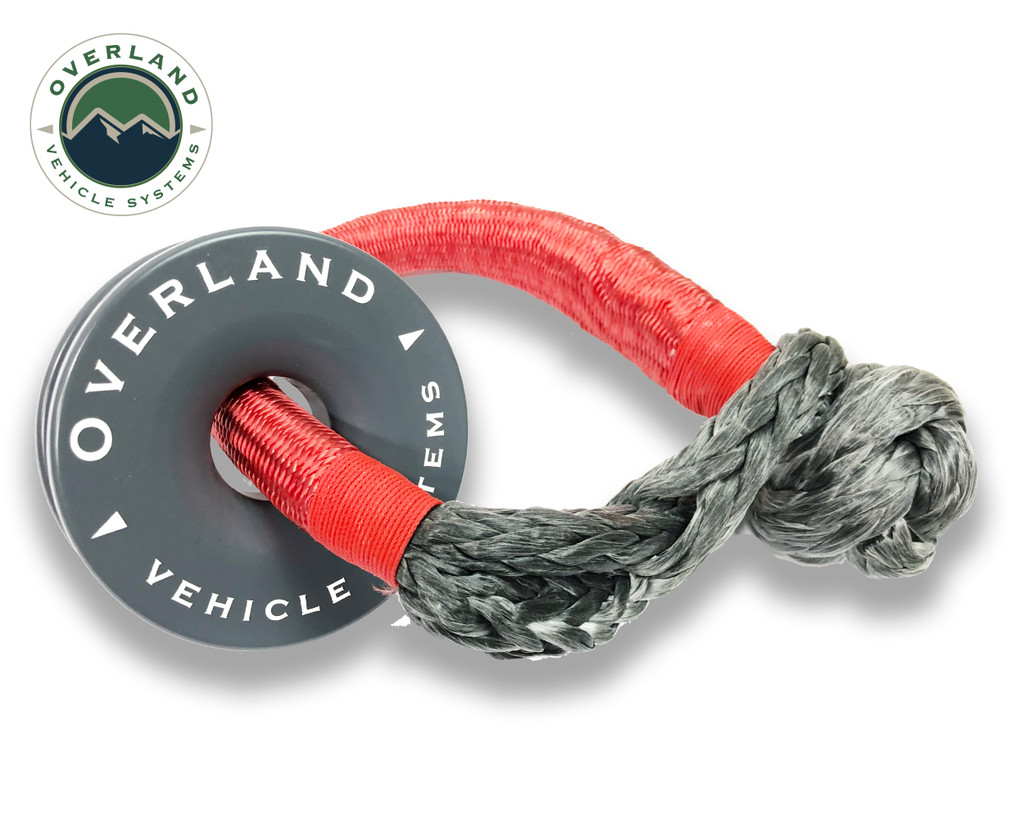 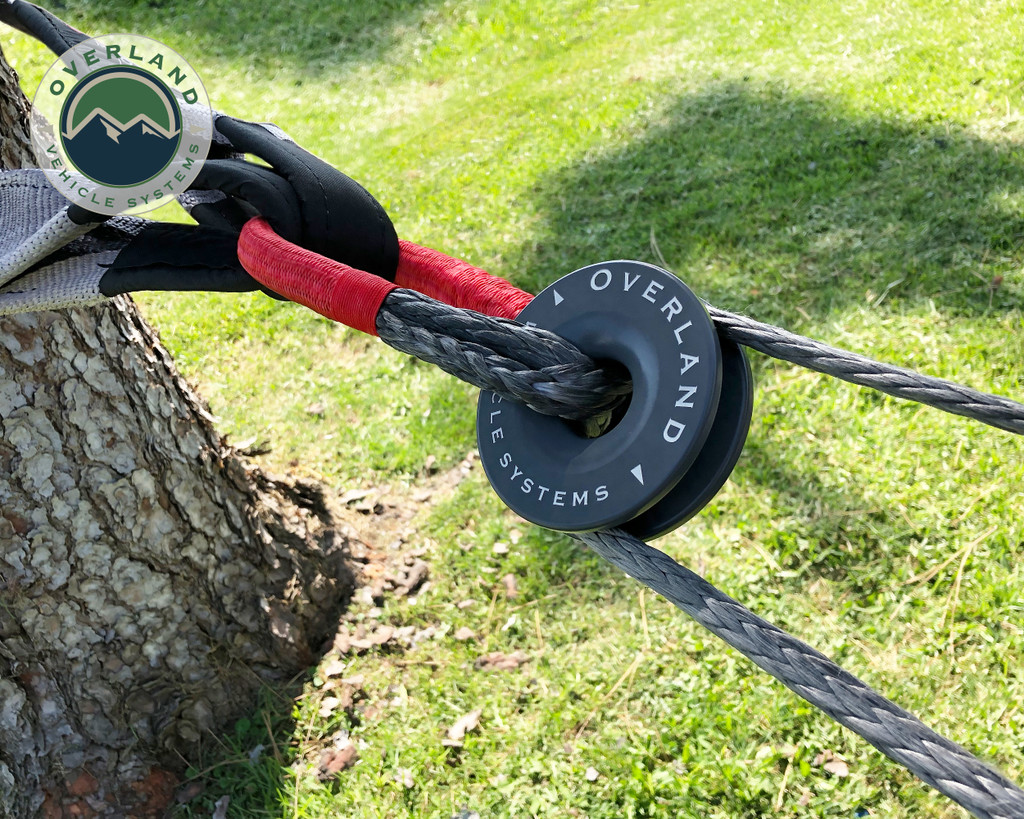 The Overland Vehicle Systems Recovery Ring is designed to make recovery safer, faster and more reliable. Its unique design is manufactured out of T6 6061 Aircraft Grade aluminum which won’t rust or corrode. This simple recovery tool used in conjunction with a soft shackle replaces the traditional snatch blocks and operates at a much higher working load which makes recovery safer and easier. This unique system is safer than the outdated snatch blocks because it doesn’t store kinetic energy like traditional rigging which could be catastrophic if a failure occurs 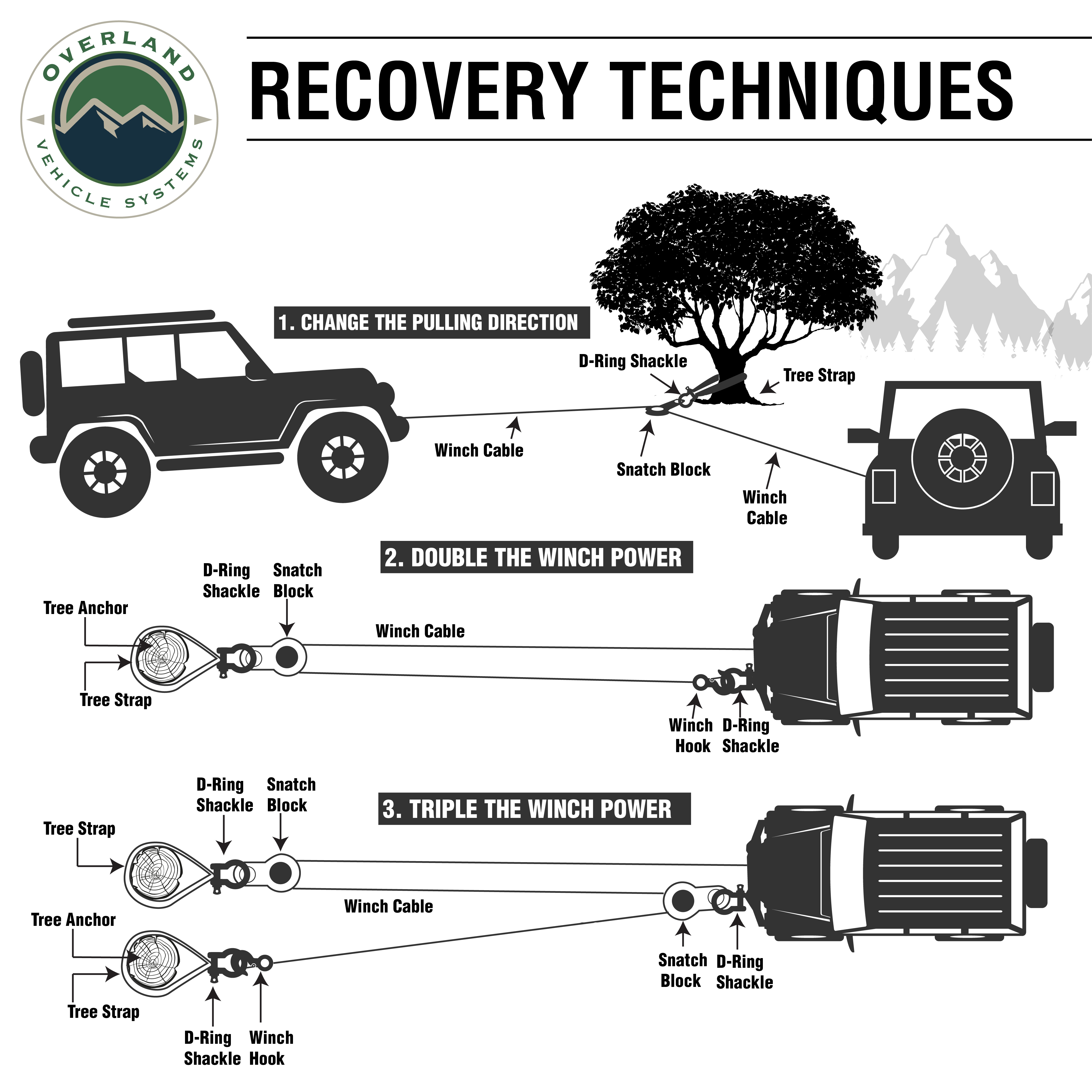 Availability: All products ship out same day when ordered before 3:00 Pacific Time. We ship via UPS, FEDEX or USPS in most cases and will providing tracking information when your order has been pulled, packed and shipped.
Current Stock:
Shipping Cost: Free Shipping
Weight: 2.00 LBS
Width: 3.00 (in)
Height: 6.00 (in)
Depth: 6.00 (in)
GTIN: 19230003
MPN: 19230003
SKU: 19230003
Warranty: Overland Vehicle Systems Recovery Gear are produced to the highest manufacturing standards and are covered by a limited lifetime warranty that protects the original purchaser against any defects in materials and workmanship under normal use. If upon determination by Overland Vehicle Systems that our recovery gear is defective, Overland Vehicle Systems will replace without charge, with an equivalent tent to the original purchaser according to the instructions supplied with our recovery gear, and not damaged due to abuse, misuse or negligence.
This warranty will not cover any labor charges incurred in installation, removal, replacement or repair, transportation cost or any consequential damages, which might be caused by the product.
Overland Vehicle Systems shall not be liable in case of;
• Improper installation or modification of original product.
• Damages resulting from abuse
• Improper installation
• Any commercial application
If the original purchaser finds a defect in material or workmanship, please contact Overland Vehicle Systems Warranty Service, 9830 Norwalk Blvd Suite 130, Santa Fe Springs, CA 90670. Please include proof of purchase or sales receipt. The law in some states may expand or modify this warranty. This warranty supersedes all other warranties, expressed or implied.

I purchased both the 41000 and the 45000 lb recovery rings. while I have not had to use these in an actual recovery yet, I did test them out with the "big ring" being the first and the "smaller" ring being the second in a multi line pull. NO issues noted, they worked flawlessly and showed no wear of any kind either from the soft shackle or the 3/8 winch rope. Anodized aluminum is the way of the future; so much nicer than a snatch block...safer too. Great price in addition.